Working Group on the Use of Mercenaries as a Means of Violating Human Rights Questionnaire, ACLU, 2017 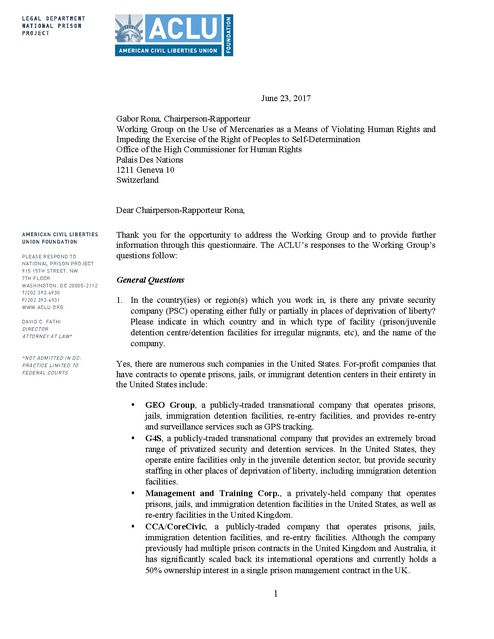