Joint letter to DHS Secretary re protecting the safety of immigration detainees - Dec. 2016 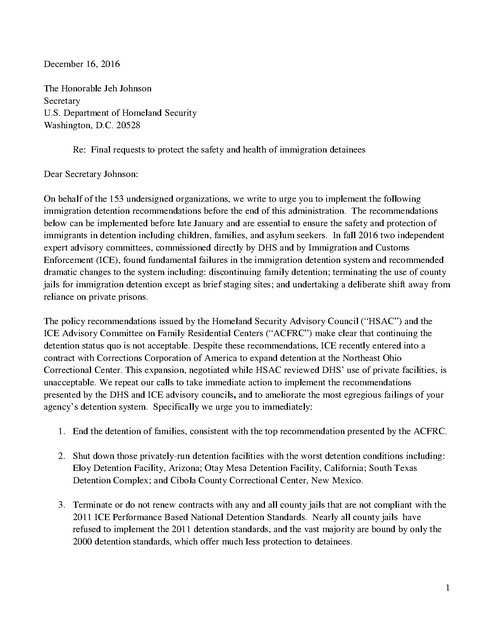