HRDC joint letter in support of reintroducing the PPIA June 2014 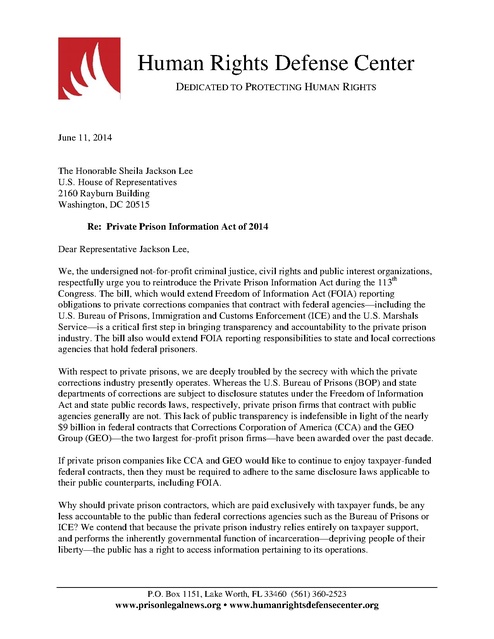