Best Practices for Prison Privatization Contracts In the Public Interest 2012 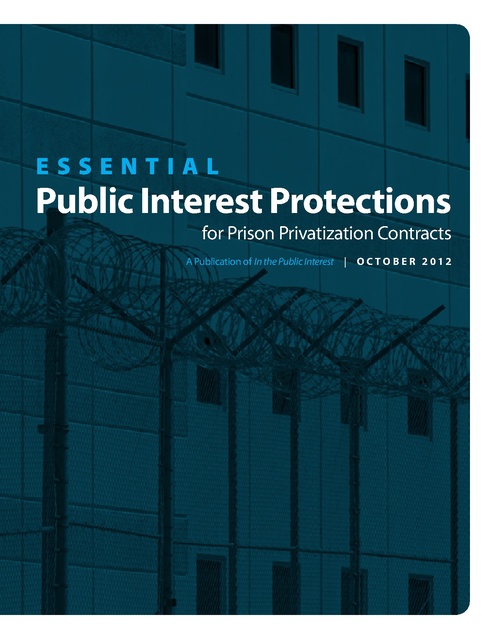