Aclu Letter to Cca Re Debate on Prison Privatization 2012 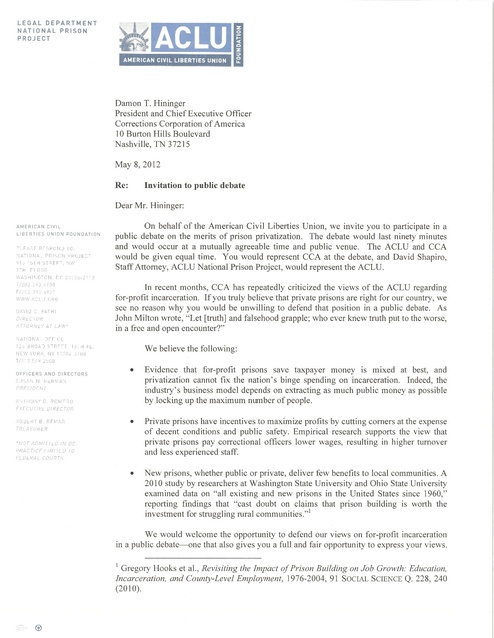